Urban Upgrading in a Context of Violence: Perceptions of Security and Physical Space in the Case of the Favela-Bairro in Rio de Janeiro 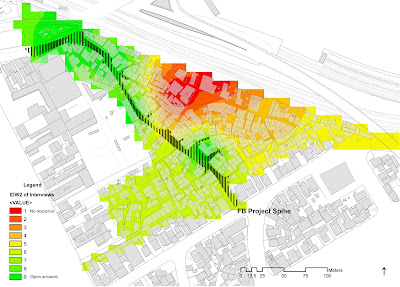 Urban Upgrading in a Context of Violence: Perceptions of Security and Physical Space in the Case of the  Favela-Bairro in Rio de Janeiro

Urban Regeneration in a Context of Violence:

The case of the Favela-Bairro in Rio de Janeiro


This paper explores how modifications of urban space in informal settlements impact conditions of violence. I argue that to understand this issue, it is necessary to bring two fields of study together: (1) poverty alleviation and (2) urban violence. Scholars (across multiple disciplines), usually study one or the other, but I argue that in the case of informal settlements, poverty alleviation and urban violence geographically intersect. In practice, some Latin American municipalities see these two issues (poverty alleviation and violence) as interconnected and recently have used the tool of urban upgrading as a way to deal with both. This paper explores contemporary urban upgrading practices in Latin America as a fundamental way that (policy and physical) interventions in informal settlements can affect the residents’ quality of life and perceptions of security. Specifically, I map the interventions of the favela Bairro (FB) project in Rio de Janeiro, the earliest and most renowned urban upgrading project in Latin America.  I mapped perceptions of violence based on semi structured interviews I conducted with government officials and architects as well as with residents in three favelas. I conclude that both groups agreed that the FB project had, indeed, improved the quality of life while affecting conditions of violence in the favelas.

Urban Regeneration in Slums: The case of the Favela-Bairro in Rio de Janeiro and its implications for planning in a context of urban violence 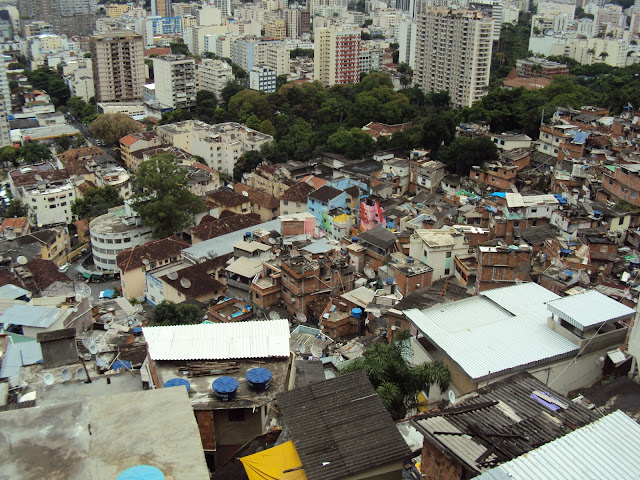 The United Nations estimates that up to 1 billion people live in slums globally. This implies that one-sixth of the planet’s population lives in “substandard housing with insecurity of tenure and the absence of one or more urban services and infrastructure—(sewage treatment, plumbing, clean water, electricity, paved roads and so on).” (Davis 2009) This percentage of human beings living in substandard conditions worldwide continues to grow.
As a reaction to failures of Traditional positivist planning solutions to the problem of slums the last few decades a new typology of approach has emerged. These policies move beyond just focusing on a single practice to a more operational multi-practice approach (Ridley 2001, Meulder and Shannon 2007). They incorporate into a single project institutional reform, in situ upgrading, tenure legalization, social engagement and a special emphasis around physical public infrastructure interventions. This new approach is largely evident in the 20+ Latin American examples.
From this group of projects, two of them, located in two cities (Medellin and Rio de Janeiro) have remarkable similarities: the Urban Integrated Project UIP (Samper 2010) and the Favela-Bairro (Rio and Siembieda 2009), respectively. their policy approaches and physical interventions follow a multi-practice approach, and are are implemented in cities in informal urbanized areas (slums, tugurios, favelas) in which illegal armed actors (drug traffickers, guerrillas, right wing paramilitary groups, gangs or combos) operate in open contestation of the legitimacy of the formal state power structure (Carmona et al 2005, Koonings 2007, Samper 2010, Rozema 2007 and Penglase 2005). Both interventions in Medellin and Rio have pursued incorporating these informal settlement areas into the formal structure of the city. They were a political strategy of the formal state to gain legitimacy in these same areas where the “state before was dissociated” (Rabello 2002).
What is the scale of your inquiry?
In the case of FB and IUP, most of the prior evaluation work focused on the opinions and self evaluations given by those working in the organizations that implemented the projects and the opinions of planners and architects behind the projects (Conde and Magalhães 2004, Machado 2003, Duarte and Magalhães 2009, Martin and Corrales 2009 and Escobar 2006) and not on the favelados[1] (Duarte et al. 1996).  This missing piece of the program evaluation leads me to the following question: In what way do the claims of the executors of the projects and later evaluators (the International Development Bank IDB, Mayor’s Office of Rio de Janeiro, the College of Architects of Rio de Janeiro, and the individual architectural offices) differ from (or correlate with) the perception of the favelados who lived before during and after the implementation of the projects in their neighborhoods? And what conclusions for future policy can be drawn from this comparison between the executors, evaluators and residents? Furthermore, given that the Favela-Bairro project was pioneering, implemented before any of the other similar projects in Latin America, how has the perception of the impacts of this project changed over time, both in terms of claims regarding favela’s integration and security?

Research Question :
In which ways has the Favela-Bairro (FB) Project, executed in the favelas of Ladeira dos Funcionarios, Rio das Pedras and Vidigal from 1992 to 2000 in Rio de Janiero, Brazil, affected the quality of life of the communities where the projects were implemented? And in which ways do these effects correlate with changes in the perception of security in these areas?

Who are the main actors and institutions?
There are basically three categories of main and institutions that are important for this study: Favelados (or inhabitants of the informal settlements in Rio de Janeiro) the Experts (that is the groups of political and technical actors conceiving, designing, sponsoring, executing and evaluating the projects in informal settlements) and a third is the what Caroline Moser describe as “perverse organizations” actors that perpetuate violent acts in this communities. (Including the participation of the state). Two of which are address directly as part of the research (favelados and experts) and the third is implied tacitly.