FORECAST, ANTICIPATE AND CONDITION: BUILDING IN THE MANGROVE

In Mumbai today, formal and informal development strategies encroach in ecologically sensitive areas. Is of crucial importance in a moment were urbanization is going at an accelerated pace, to generate a technique that protect these sensitive ecosystems in a way in which respond also to the informal and formal land appropriation strategies occurring today. In a way that protects both the ecological and social capital of areas like Mumbai. For this exersise susceptible areas are those territories that "will" (legally or illegally) be encroached in the near future. Usually these territories are located in the intersections of: ecologically endanger areas, interstitial spaces of infrastructure, and sites with non clear ownership. Using these indicators we create the a susceptible areas map of Mumbai. Later each one of this sites were rated the pre selected areas to find which of those are the most endanger.

I have selected the Sonari area as an example for this exersise because is the largest of the susceptible areas and is the one that is suffering the largest encroachments from private developers (formal), and surrounded of traditional towns that behave like informal settlements as they grow. This area epitomized what a susceptible are is. 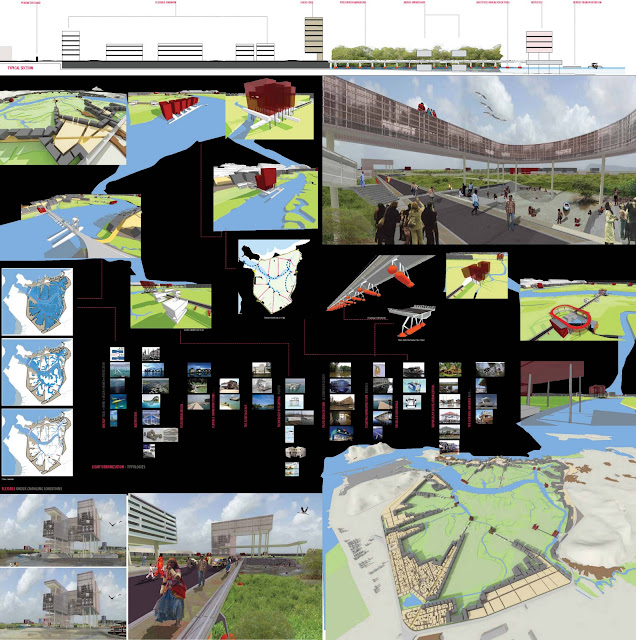 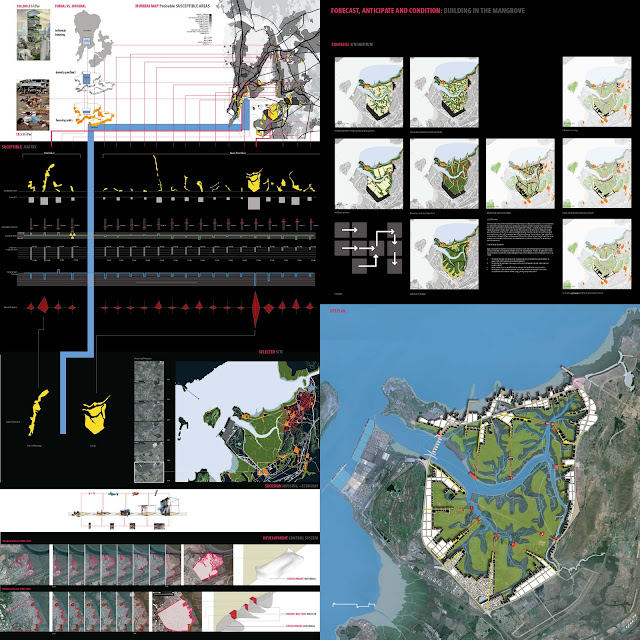