Viruses, Bacteria and Urban Warfare: Lessons for Urban Upgrading?
by Jota (jose) Samper
Abstract
This comparative memo explores susceptibility and resilience to attacks of armed actors in informal settlements from two distinct perspectives. (a) This memo explores a biological metaphor where favela-like environments are akin to bodies or bacteria susceptible to virus attacks. These attacks destroy bodies and bacteria, producing mutations that make future strands of the bacteria resistant to attacks by the same viruses. (b) This memo explores a military urban warfare strategy in which the environment of the informal settlements provides a sophisticated military advantage to asymmetrical contenders, as in the case of Al Quaeda vs. the United States or the Palestinian refugee camps vs. the Israel army. In these cases, destroying the intrinsic advantages of the informal built structures becomes an imperative to obtain military supremacy.
Informal settlements: A place of concentration of poverty and violence
Traditionally, governmental institutions address poverty and violence as two separate issues. Since the 1990s, in Latin America there has been a tacit understanding among government leaders, media, and elite residents that informal settlements are, (compared to the rest of the formal city), the contexts in which large concentrations of violent actors live and wage violence, and are where the largest concentrations of poverty exist. There is then a belief that both issues—the concentration of poverty and of violence— are somehow connected. Recently the connection between these two issues has created the illusion that both problems can be addressed by the same tools. Or, that intervening in one will produce the necessary leverage to eradicate the other.
Over the last two decades, national and international organizations are intending to use the physical  interventions in informal settlements (urban upgrading) as tools to control the problems of violence and concentration of poverty. The dual purpose of what is called “multi practice upgrading programs” in Latin America is the understanding that in some situations “development” (eradication of poverty) and conflict (eradication of illegal armed actors) are related issues. And solving one cannot be done without engaging with the other— similar to what Paul Collier called “Breaking the Conflict Trap.” Caroline Moser (2004) identifies a relationship between what she calls “perverse organizations” and their use of social capital in the neighborhoods where they operate. Not surprisingly, Eduardo Rojas (2010) finds that neighborhood upgrading programs are a “trend” in Latin America as tools for “protecting vulnerable groups (such as young people at risk) and decreasing urban violence.”
Three examples expose this new trend clearly. (1) The Medellin Urban Integrated Project (IUP) and the peace process with the paramilitary groups in Medellin Post 2003 (Samper, 2010) are part of the same package implemented by the city Mayor’s office. (2) The Rio de Janeiro Morar Carioca Project is connected with practices necessary to secure the city for the 2014 Olympics. (3) The urban regeneration Juarez, Mexico  project “Todos somos Juarez” is  happening at the same time as the national government’s war against the drug cartels in Juarez, Mexico.
·         In the case of Medellin, the urban transformation and the policies that supported the peace process with the paramilitary forces as part of this peace process, were projects that intersected in the same geographic space. At the same time that the sate built transportation networks and public buildings, such as libraries, schools and public gardens and plazas, a hoard of 2,500+ demobilized paramilitary members returned to these same neighborhoods. They then participated not only in the educational projects and economical benefits of the programs, they also were in some cases labor employed to be part of the crews that build the projects. The political apparatus used the (positive) publicity of its urban projects along with the reduced homicide rate as proof that these policies and projects had a directed relationship to the simultaneous reduction in violence. 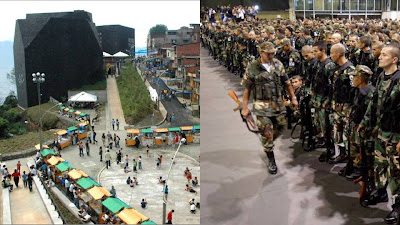 Figure 1 Medellin Integral Urban Project and Demobilizations of Paramilitary groups in 2003 source: EDU and Alcaldia de Medellin
·         In Rio de Janeiro, the relationship of the projects with goals of security is a more tacit one, at least in terms of state public discourse. The state public officials do not openly assert that Morar Carioca will make the favelas safer. In practice, however, the reality is different.  Morar Carioca’ objective is to urbanize all favelas in Rio by the year 2020. Because the Olympics is coming to Rio in 2014, a phasing strategy of Morar Carioca has been designed to ensure that favelas geographically located inside of the security polygon of the 4 major centers of Olympic activity have priority for urbanization. This makes evident that even if the relationship between the urban project and security is not explicit, like it is in the case of Medellín, there is still a link between the transformation of the physical structure of the favelas and their security. 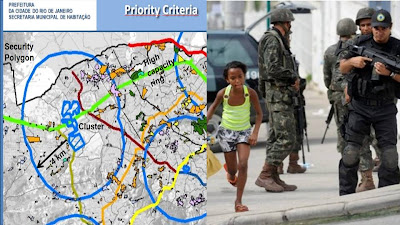 Figure 2 Morar Carioca map of phasing of urbanization of favelas and Operacion Alemaon in 2010. Sources: Prefeitura de Rio de Janeiro
·         Todos Somos Juarez, is a presidential campaign that intervenes cosmetically in poor neighborhoods in Juarez at the same time that another presidential program is using military contra-insurgence tactics to dismantle the criminal organizations operating in the city. The areas of the projects (mainly playgrounds and parks) had become dumping ground for dead bodies’ from the bloody war that is still being waged. This backlash can be interpreted in two ways: that the interventions of the state had little impact on the scale of conflict, or on the other hand, that dead bodies in the parks is because these “perverse organizations” see these Todos Somos Juarez projects as attacks on their sovereignty. 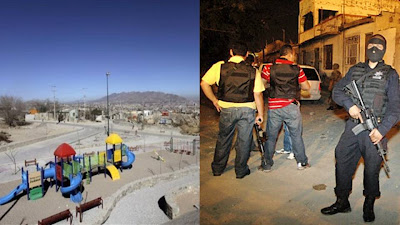