(Re)Building the City of Medellín: Beyond State Rhetoric vs. Personal Experience — A Call for Consolidated Synergies Jota (José) Samper and Tamera Marko

HOUSING AND BELONGING IN LATIN AMERICA 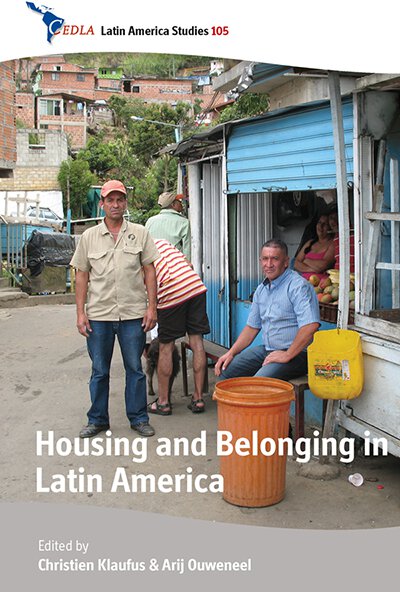 12.(Re)Building the City of Medellín:
Beyond State Rhetoric vs. Personal Experience — A Call for Consolidated Synergies
Jota (José) Samper and Tamera Marko

This chapter discusses competing stories about the building and re-building of the city of Medellín. This competition is between the rhetoric and practices of the state versus that of the self-settled community members. We focus on what we might learn about housing and belonging in Latin American cities from these two sets of perspectives. We analyse the rhetoric and practice of dozens of community members who built their own communities and then were directly engaged in the recent state urban interventions in their communities. We also analyse the rhetoric and practices emerging from the political and academic discourse that support the process known as the ‘transformation of Medellín.’ We place their stories in the context of state policies and practices regarding these interventions.

The stories of community members are part of our Family Albums as Alternative Feminist Archive project. This archive includes documentary interviews with more than 650 families throughout the city of Medellín over the last six years. This archive is part of our larger project called Medellín Mi Hogar/Medellín My Home.3 We hope this project will complement and make more inclusive the rhetorical landscape of the way we understand the urban history of the city of Medellín. We especially seek to include the perspectives of desplazados, people who are forced to flee their homes due to violence and thus become internally displaced within their own country of Colombia. Our archive project also seeks to emphasize that desplazados are also self-settlers, having built their own homes and neighbourhoods with their own hands. In Medellín, people have self-settled 15 sprawling neighbourhoods over the last 60 years and it is only in the last decade that they have received massive official state support and resources. In the case of desplazados, the idea of belonging to a specific spatial territory is even more pressing than for other populations. Thus, at the heart of an inclusive rhetorical landscape and competing stories of (re)building the city, are questions of ‘who belongs where?’ and ‘who feels at home where?’

In contrast to much of the state official reports and scholarly academic literature, the community members often frame themselves not as de-territorialized individuals but as a collective that claims its rightful place in the city in the contexts of the inequality and violence prevalent in Colombia at large. This challenges the idea of displaced people lacking a sense of belonging to the city. We also see in those narratives of conflict how the multiplicity of armed actors plus the context of displacement at the national scale create important differences in the ‘insurgent citizenships’ that emerge out of the building as contestation with the state. Furthermore, we argue it might be possible to negotiate community and state synergies as leverage against violent non-state actors (such as narco-trafficking leaders and gangs).

Finally while this chapter focuses on this tension between story tellers (from state and community perspectives), it concludes the success of urban practices in Medellín’s informal settlements do not reside only in an either-or scenario of one story version versus the other. The success, rather, depends on the synergies between these two sources of rhetoric and practices., We argue that it is dangerous when state narratives erase those of the self-settled populations because then we cannot understand why Medellín’s innovations are supposedly successful or failures at improving the overall quality of life. In addition to the dignity and quality of human life, this analysis is also important because of the citywide and multi-billion dollar investment involved in these innovations, including building more stable physical housing and other infrastructure and integrating the self-settled communities with official resources of the state. Success (or failure) also can be measured by what state and community narratives reveal about new relationships created between state and communities, which in turn, have the potential to lessen violence in neighborhoods dominated by armed actors. We posit that understanding synergies between community members and the state narratives about violence and innovation might also meaningfully inform other cities worldwide with large populations of informal settlements.